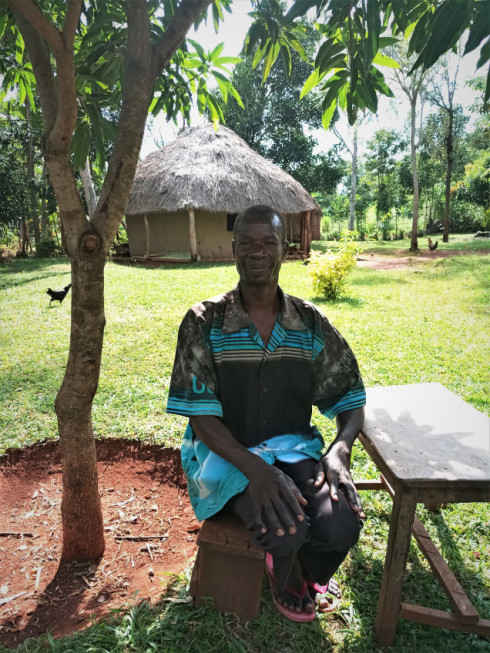 By Monica Kansiime, Scientist Seed Systems, based at CABI in Nairobi, Kenya

In a previous blog post I outlined how the Fertilizer Optimization Tool (FOT) is paying dividends for farmers – helping them, in some cases, to report a seven-fold increase in their yields.

Charles Wafula is a farmer and resident of Buhehe in Uganda who is just one example of how FOT is helping to increase his fortunes and benefit his family – in particular he is now able to pay his son’s fees so he can continue to train as a school teacher.

Approaching Mr Wafula’s home, you get a feeling of a committed farmer. I find him sitting in his compound with various sized fruit trees providing shade and a cool ambiance. He doesn’t not take long after a brief introduction to tell me his success story of utilising FOT.

Mr Wafula said, “I’m a committed farmer but haven’t benefitted from the farming activities I’ve employed. I’ve tried various crop enterprises and contract farming for different programs and organizations in my area including soybean, sunflower, cassava and groundnuts. All these enterprises in one way or another never paid off. For example, for the soybean, the contractor failed to pay the farmers and I also lost.

“I’ve been struggling to get school fees for my son. World Vision helped educate him up to senior four (secondary) but I couldn’t continue due to lack of money. Our extension worker Kyobe Dennis introduced me to a fertilizer technology – the Fertilizer Optimization Tool – and told me it helps to optimise investment in fertilizer. 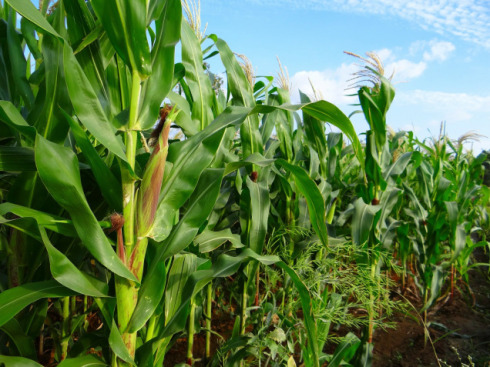 “I wanted to grow 1 acre of maize and ¾ acre of soybean. He gave me various investment scenarios which showed the amount that can be invested and expected yields and income. I decided to invest UGX80,000 (approx. $22). I didn’t even have the money but borrowed UGX 40,000 and gave it to him so he could buy me DAP which I applied at planting. Later I gave him the remaining money and he brought Urea which I applied when the maize was at knee high.

“I was able to harvest 7 bags of maize and 1 ½ bags of soybean. Before, I used this technology I used to harvest 7 bags of maize from 3 acres (about 1.5 bags per acre) and 70kg soybean per acre. I was very excited to have achieved such an output. I decided to sell part of the soybean to buy fertilizer for this season. This time I planted 4 acres of maize and ¼ acre of groundnuts and invested UGX120,000 (approx. $32) up from UGX80,000 last season.

“I was also able to seek admission for my son at Busikho Teachers’ Training College, where he is training as a Grade I teacher. I paid 5 bags of maize to the college to cover part of his starting fees. The rest of the harvest I have left for home consumption.”

Mr Kyobe alongside other agricultural officers, Ivan Bwire, Nicholas Wandera and Kalungi Fred, have been behind some more of these successes in Busia district. The team of experts received training in FOT and have gone to great heights in popularising the tool to farmers in their respective operational sub counties – Dabani, Masaba, Buhehe and Buyaga.

To date, over 30 farmers have tried out the tool on various crops including soybean, maize, and groundnuts. The team has also utilised opportunities of farmer groups to further sensitise farmers in their respective sub counties. One such group is the Agricultural Innovation Solutions (AGRISO) Uganda which has an outreach of about 720 farmers in six Sub Counties in the district.

AGRISO Director Wabwire Deogratias also acknowledged the value of FOT. He said, “At AGRISO we give our members fertilizers on credit. Since I did not know how to apply, I always give blanket recommendations. I think the farmers were making losses yet they had to pay back the fertiliser. Now I can also use the FOT to help my farmers buy only what is needed.”

Other farmers visited in the region had own positive experiences using FOT outcomes including Lynette Bwire who is a resident of Luhalai, Buhehe. 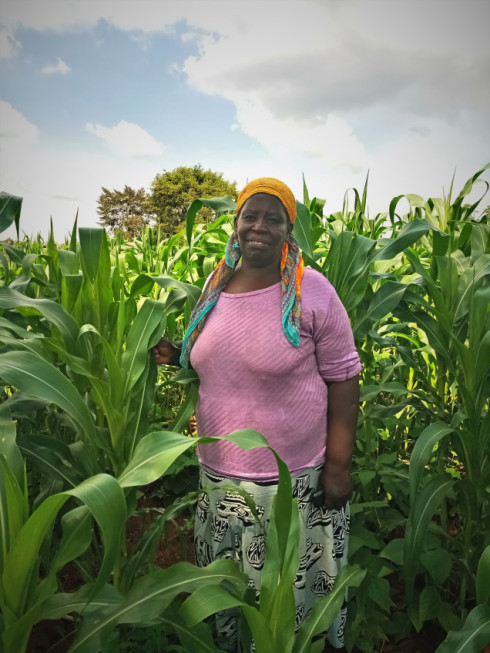 “I invested UGX70,000 for 1 acre of maize and ¼ groundnuts. I didn’t even know that with such little money one can use fertilizer. I haven’t harvested yet, but the crop looks much better than before. I’m optimistic”, she said.

For more information about FOT email Monica at m.kansiime@cabi.org or visit the dedicated page on the Africa Soil Health Consortium website.

You can download the Fertilizer Optimizer phone app from Google Play store. A new, enhanced version of the phone app will be launched in January 2019.