As part of the World Soil Day celebrations in Kenya, ASHC is publishing an integrated soil fertility management story in the December issue of Shujaaz. 600,000 comics will be distributed in Kenya showing the benefits of using improved seed, organic matter and fertilizer 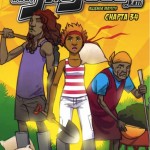 Shujaaz means hero. On the cover of Shujaaz Chapta 34,we see the hero of the ISFM story Malkia in the process of transforming her grandmother’s shamba with the help of ISFM and her boyfriend.

For the week 16 December over twenty radio stations will carry syndicated radio programmes sharing ISFM messages. There will also be a social media campaign.

James Watiti, from the Africa Soil Health Consortium, said:
“We are very proud to have been able to work with the EMMY award winning Shujaaz team on this creative and innovative approach to sharing agricultural messages with young people and their families. This is one of a number of exemplar projects designed to test different approaches to messages.

Messages that impact on young people are a strong feature of our experiments in late 2012 / early 2013. ASHC is keen to learn if this is a useful way of getting information into farming households and changing young peoples attitudes to farming 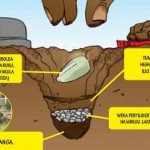 Shujaaz is written in Sheng by a creative team of young Kenyans-it is this empathy with their audience that comic and radio shows have become such a favourite.
Read George Oduor’s wish for World Soil Day.