OFRA and the fertilizer data legacy…

5 July 2017: Following the recent close-out workshop of OFRA we asked Martin Macharia, the projects data manager at CABI, to talk us through the achievement of objective 1 to improve use of research data to support fertilizer recommendations.

I think it would be good to start with a summary of the achievements in data collection terms within OFRA. CABI, having consulted with partners to find out their needs, built a database of fertilizer response information. The project teams in the 13 participating countries went on to collect a large amount of both legacy data (from previous research) and new trials data on crop response to fertilizer application. The legacy data was captured following a mapping of research activities undertaken, implemented by partners and other key stakeholders. 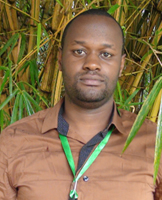 Given that we working with the leading research agencies in the 13 participating countries, it was not surprising that they found a great deal of very high quality data from previous work. This data was used to supplement the trial data to model fertilizer response functions for specific crops.  From this, ultimately a set of fertilizer optimisation tools were developed. The team had great confidence in the tools because they drew on the best possible data. Fertilizer optimization tools now cover 66 agro-ecological zones in 13 countries. These tools help even resource constrained farmers to make decision on where to apply fertilizer in a way that maximizes their return on investment – based on what they can afford.

The creation of the fertilizer optimization tools is a great achievement – but the database is also a really valuable resource that could support a revolution in the way that fertilizer recommendations are given to farmers and guide the fertilizer industry as it develop new blends to meet the needs of crops in specific agro-ecological zones.

In Ghana the Soil Research Institute has been working with OCP and other fertilizer companies to come up with blends based on the OFRA recommendations. These new fertilizers will be put forward for validation in this year’s major season. In 2018 some 30,000 farmers will be targeted to take part in field trials of the new products. AGRA, which is funding the field trials aims to reach out to 100,000 farmers if possible.

The dashboard, below, shows at a glance some of the achievements of the data collection of the project and how it performed against the plan.

In the areas of samples collected and analyzed and capacity built the project has delivered much more than the plans originally set out.This leaves a really important legacy for the project.

The one area where the dashboard shows under-delivery is the legacy data collected. The shortfall of getting to 15,000 rows of data as targeted is probably due to a combination of several factors:

Despite the challenges in collecting legacy data, overall this has been a very successful data collection process across the partnership.

In the early days of the project there was a lot of mistrust and nervousness on sharing data by individuals and institutions. At the inception workshop back in 2013, we asked the principle investigators from all 13 countries to vote on the principle of sharing data. There was unanimous agreement that it was necessary for the project to succeed. Whilst the benefits of sharing data were understood, the nervousness remained and the originating institutions, who understandably, wanted to be able to write-up and publish their research findings before the data was released to the world. This speaks to the need for any project like OFRA to agree data sharing protocols from the outset and for the consortium of partners to be very clear what the funders expectations are in terms of data sharing. We can also help by supporting capacity building in scientific writing to help to speed up the process of communicating results.

One very tangible benefit of sharing data and categorizing the countries into standard agro-ecological zones, was that data from one country was often helped to refine the recommendations in another. This saved tens of thousands of dollars that we would have had to invest in additional fertilizer response trials.

In the early days, we had some challenges where the data collection templates were not completed, for example plot data lacked accompanying trial coordinates, site characterization information and activities undertaken on the plots like frequency and dates of weeding, planting date, harvesting date etc. These information helps to explain yield responses to fertilizer application.

Overall I think we have learned some important lessons. Undertaking a major review of the data was a very important part of  the research plan. The legacy data collection helped to identify the gaps to be filled through the OFRA fertilizer response trials. However, this is only the start. There is potential to share the database and create a public good that could help shape future research in this area that could support farmers in very practical ways.

In a plenary session at the recent close-out workshop for OFRA the delegates were very supportive of the approach of using the fertilizer response functions to create the recommendations for small-scale farmers as implemented  in the optimization tool for smallholder farmers. One delegate summed up the approach as inspired!

In terms of the collection of the new fertilizer response trial data. We did not realize quickly enough that the projects also wanted to supply the research data to the Country Level Soil Health Consortiums. This resulted in the principle investigators filling two templates for each piece of research. With better communication in the early stages we could have found a solution requiring only one form.

Another lesson was that capacity building on the project protocols needed to be delivered across in-country project teams not just a few individuals. We also realized that we needed to work with communication specialists to simplify the language in the protocols, we think this would help to minimize errors caused by not understand the meaning of the text.

The dashboard shows how we massively increased the numbers of people trained to play their key part in the OFRA project.

As this stage of the OFRA project draws to a close. There are number of actions that CABI and the University of Nebraska-Lincoln need to address.

Our first priority is to make sure that all the data provided by partners is digitized, we have around only about 20% of the trial data still to upload. Once this is complete we need to ensure that partners get back the data they put into the database, so that it is safe-guarded for their future use.

Secondly, we need to get agreement on a strategy for how the data will be accessed after the project has been completed. There is a long-term value in the data collated for OFRA for national agricultural research partners, the private sector, national universities and others including the international research and development organizations. This strategy needs to consider how a database can be sustained at regional and national levels. The more open and flexible the access to this data is the more likely it is support development.

There is great value in bringing together large datasets. This can avoid a duplication of effort and  help new insights to be gained.

The legacy data that was used to create the optimization tool was generated to support other research agendas – those scientists did not anticipate the use we eventually made of the data. Similarly we cannot guess precisely  how the database we have produced could be used in the future.

The OFRA partners are at the vanguard of the green revolution in Africa and the data collected by them for the OFRA project has the potential to make further contribution to the process of finding African solutions to Africa’s challenges of soil fertility and agricultural productivity.